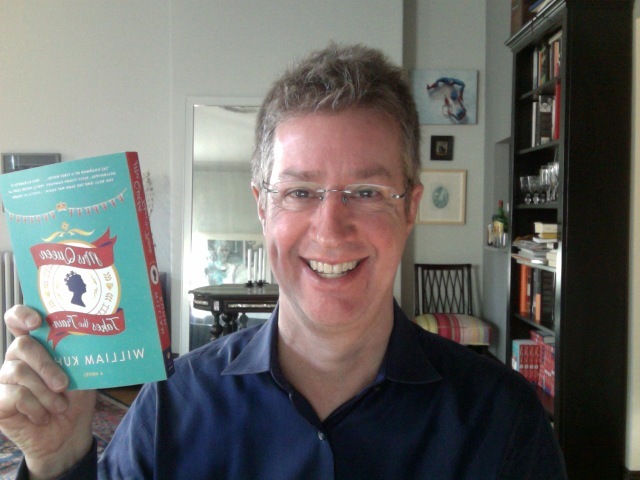 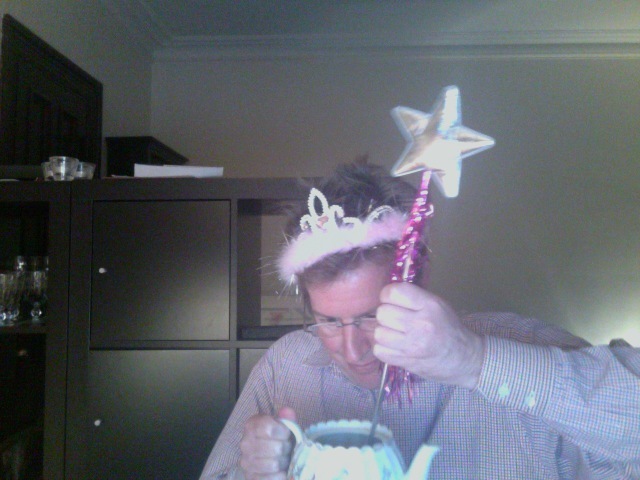 Brewing a fine cup of tea 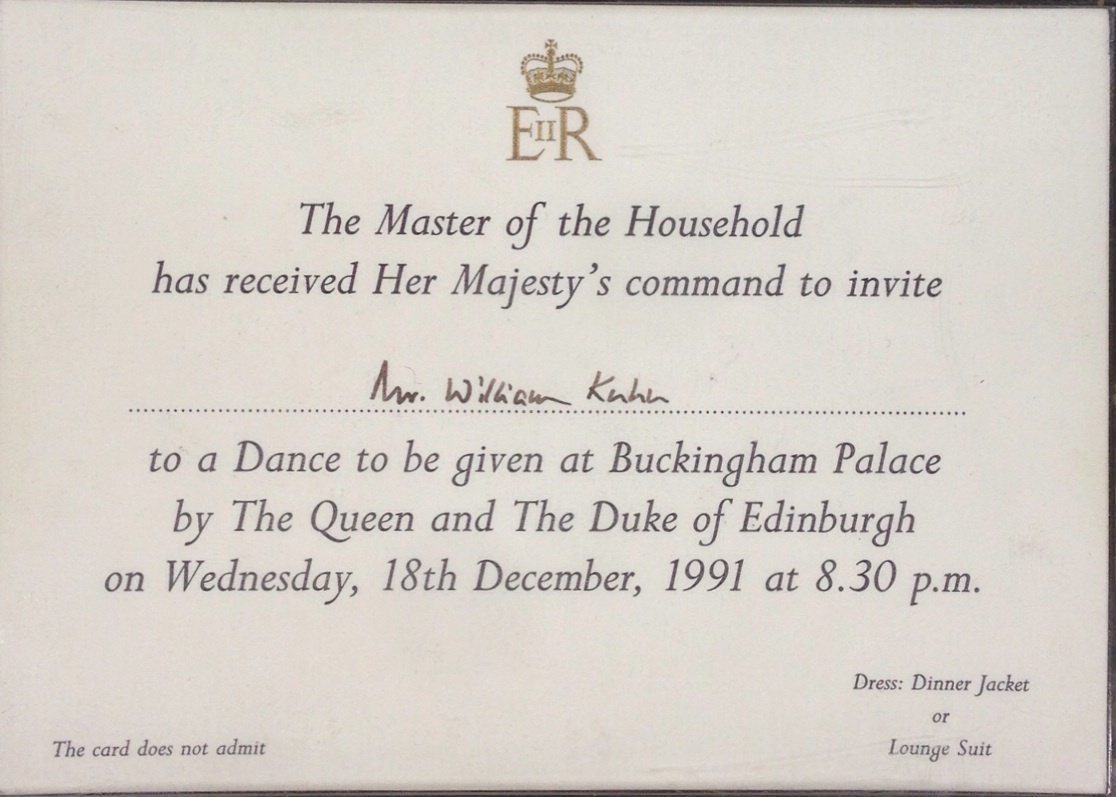 I was once invited you know where. Haven't been invited back since. 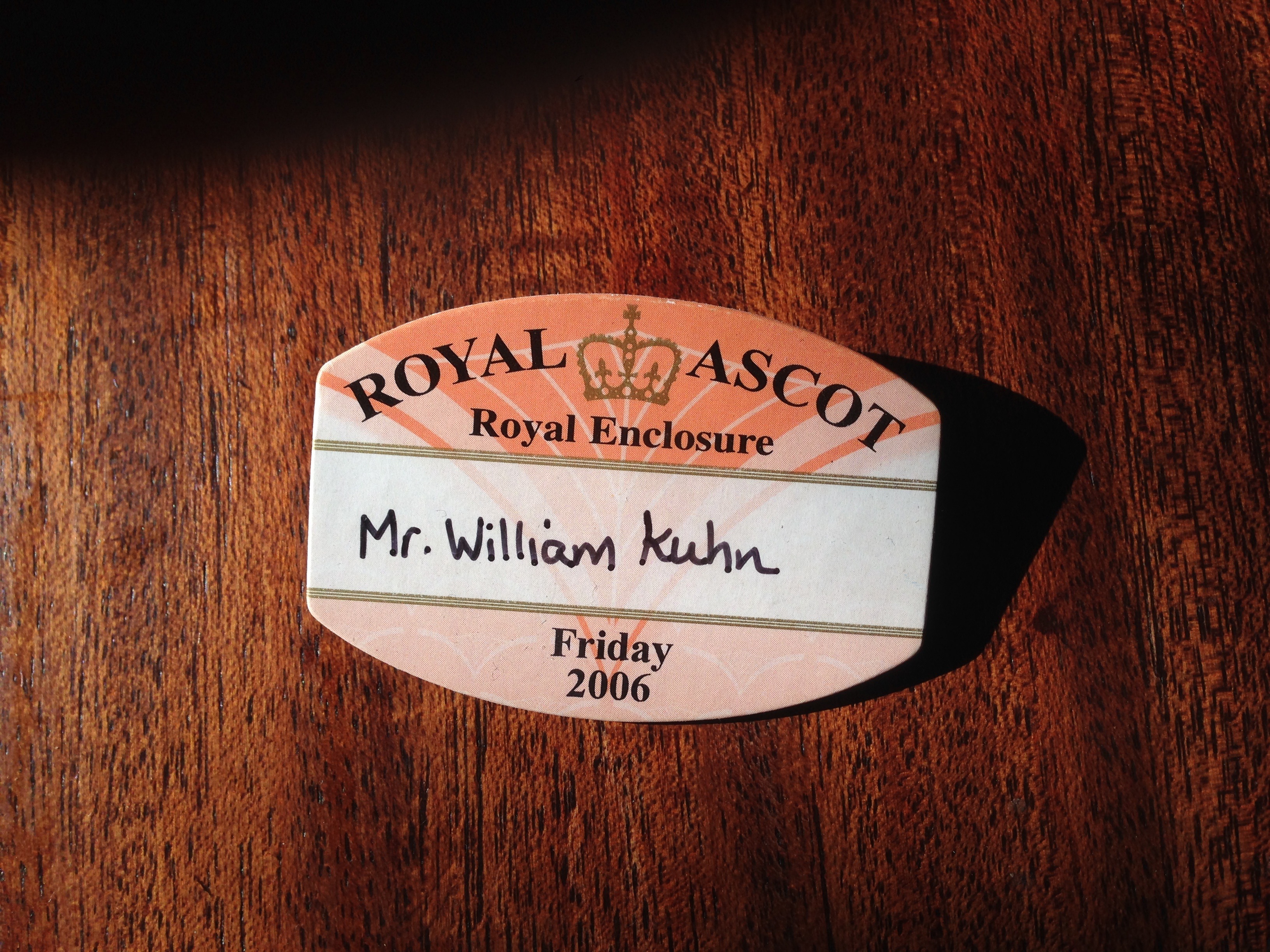 Went to watch the hats, not the horses

What's it like to work in the Royal Archives in Windsor Castle?

CBS News interviewed me about the writing of Mrs Queen

1 Some people argue that a Hollywood celebrity (let's say Shirley MacLaine) is no different from a member of the British royal family. Do you agree? Why or why not?

2 Several of the characters in this book are dealing with the consequences of aging. Who handles it worst? Who handles it best? Why do you think that?

3 At one point in the book Anne tells Shirley that two men whom they like, and who may be beginning a gay relationship, require their approval to survive. Do you think that's true, i.e. that two gay men would need the support of straight women to stick together? Why? Or why not?

4 Do you think Britain would be better off without the monarchy?

5 What do you think the most important thing is that The Queen learns on her journey?

What's a Queen to Do When She's Feeling Low? 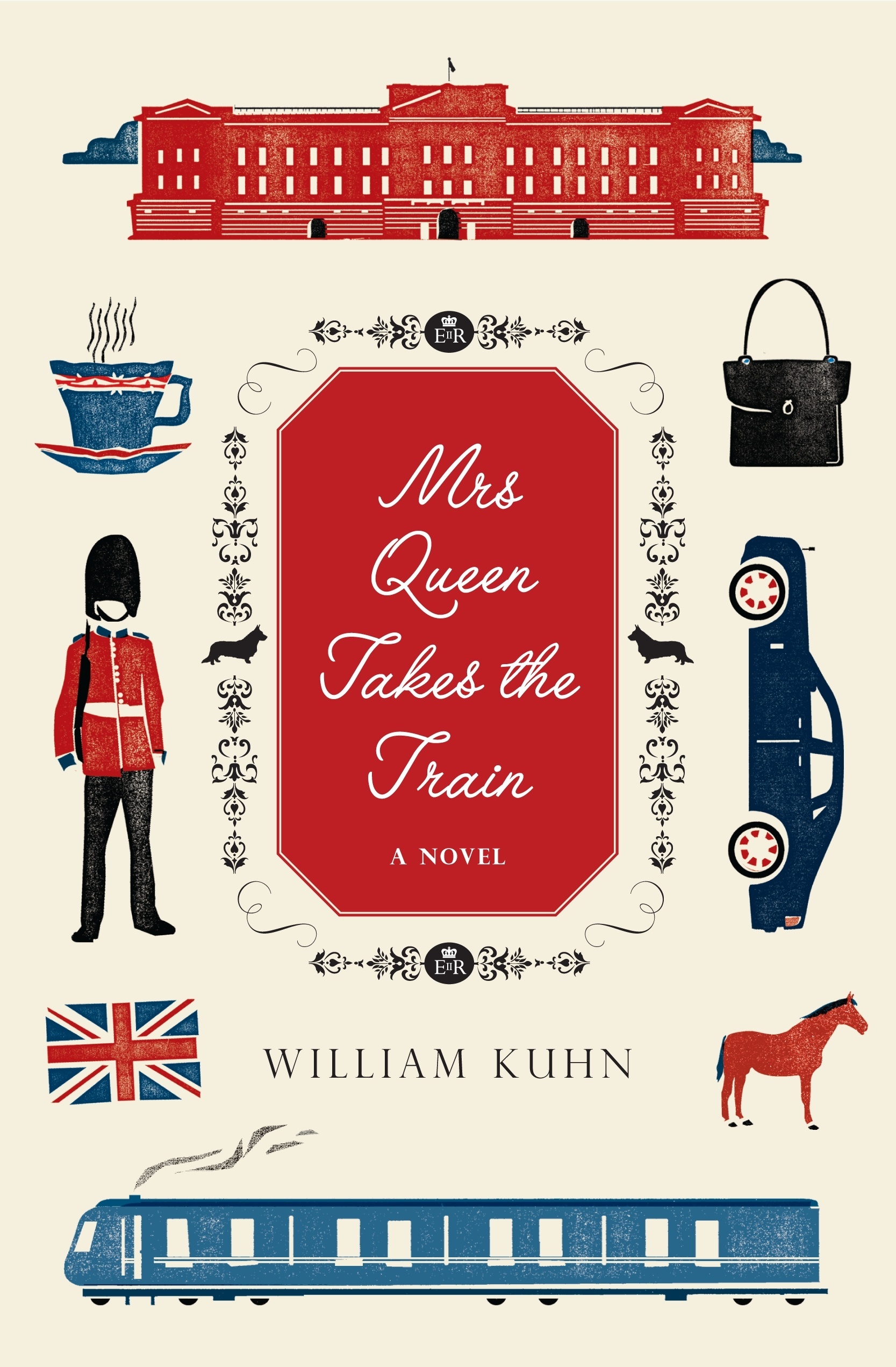 After decades of service and years of watching her family’s troubles splashed across the tabloids, Britain’s queen is beginning to feel her age. She needs some proper cheering up. An unexpected opportunity offers her relief: an impromptu visit to a place that holds happy memories—the former royal yacht, Britannia, now moored near Edinburgh. Hidden beneath a skull-emblazoned hoodie, the limber Elizabeth (thank goodness for yoga) walks out of Buckingham Palace into the freedom of a rainy London day and heads for King’s Cross to catch a train to Scotland. But a characterful cast of royal attendants has discovered her missing. In uneasy alliance a lady-in-waiting, a butler, an equerry, a young woman from the stables, a dresser, and a clerk from the shop that supplies Her Majesty’s cheese set out to find her and bring her back before her absence becomes a national scandal.

MRS QUEEN TAKES THE TRAIN offers a fresh new look at a seemingly arcane institution and a woman who wonders if she, too, has become a relic of the past. It's about British social, political, and generational rivalries—between upstairs and downstairs, the monarchy and the government, the old and the young. The story tweaks the pomp of the British monarchy, going beneath its rigid formality to reveal the human heart of the woman at its center.

"Pure. Reading. Pleasure. Like cake, only good for you."

"If The Art of Fielding had a baby with The Uncommon Reader, we might get Mrs. Queen Takes the Train, a wonderful novel that is simply and utterly a joy to read from beginning to end. Centered around a group of disparate characters who step in to save the day when Queen Elizabeth goes missing, this novel has a light, breezy style, engaging characters, witty dialogue, unlikely yet fully believable situations and brilliant pacing, and while Mrs. Queen is completely enjoyable, it is not fluff. William Kuhn deftly deals with serious topics in an entertaining format. Absolutely delightful!"

"It's almost impossible to review Mrs Queen without using the word charming. This romp stars the very private Queen Elizabeth as she experiences the day to day world in which we commoners live."

"This book is the perfect cup of tea for the year of the Queen’s Diamond Jubilee. Give it to lovers of all things British."

"Kuhn’s first novel ought to find an avid readership among the filmgoers who flocked to The King’s Speech and The Queen. In fact, among the most delectable moments are when courtiers and queen reflect, with rue and occasional appreciation, upon the accuracy of such films."

"You’ll come away thinking Her Majesty, at least this fictional one, charming, caring, thoughtful and brave. . . . A delightful escape. We can only hope there are more train rides in Her Majesty’s future."

This is the best work of funny fiction about the Queen. It was the inspiration behind my writing MRS QUEEN TAKES THE TRAIN. All of Bennett's other books are good too. He also wrote the screenplay for THE MADNESS OF KING GEORGE in the film section below.

This is a biography of Mrs Queen's great grandfather. Jane Ridley is about the best royal biographer writing now.

This is an unusually good book because of the insight it offers on the media context of Diana's life and death. Tina Brown was a media insider throughout Diana's life. She understands the nexus of print and electronic media that contributed to Diana's fame and which, as she began to understand it better, Diana tried to exploit. There's an opera waiting to be written on this subject.

Sarah Bradford's book will soon be 20 years old, but I think it is the best biography of the current Queen out there.

My Favorite Films about the Modern Monarchy

Helen Mirren does a pretty unbeatable job of playing the Queen, but what impressed me even more was how well the film captures the people who serve in the Household.

If Helen Mirren was the perfect Queen Elizabeth II, Judi Dench in "Mrs Brown" is the perfect Queen Victoria. This film tells the story of the Queen's friendship with her Highland ghillie, or gamekeeper, John Brown. Did they or didn't they have an affair? If you want to email me, I'll tell you what I think, but this film explores the topic fairly accurately from a historical perspective. My one quibble is that the Queen's secretary, Henry Ponsonby, as portrayed here, is more censorious than he was in real life.

This is a film about King George III and the symptoms of madness that started showing up about 1788. His illness has been diagnosed since as porphyria, a medical condition, but at the time it was a kind of frightening insanity. Alan Bennett, who wrote the novella "The Uncommon Reader," also wrote the play on which this film is based.

This is about the current Queen's father, King George VI. He really did have a stutter and he really did consult a speech pathologist to help him get rid of it. He was a nervous man who smoked like a chimney and the family blamed his brother's abdication for further fraying his nerves.