How to Make the Monarchy Modern? 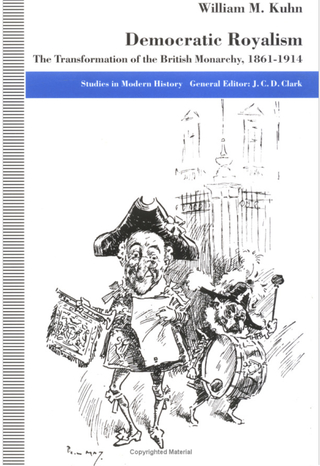 Keeping a historical institution up to date is no joke. Each new generation has to solve the puzzle of making the monarchy modern. The cost of getting it wrong is high.

In the decades before World War I no British institution brought together a fractured national identity more forcefully than the monarchy, and no other institution inspired equivalent feelings of loyalty and attachment. The crown reached this position in the half century after 1861 by giving up its residual political power to a more representative House of Commons and transforming itself into a powerfully symbolic institution.

But nothing seemed certain at the time. Years of seclusion made Queen Victoria unpopular in the late 1860s and early 70s. There was active abolish-the-monarchy feeling in the House of Commons over the high cost of supporting her nine children. A pamphlet raising questions about the queen's private fortune threatened to become a bestseller.

The people who ushered the monarchy into an era of mass politics, mass movements and massive ceremonial displays constituted a cross-section of the political world. What were they doing? This book focuses on five different individuals who created the modern monarchy: Walter Bagehot, longtime editor of The Economist, William Ewart Gladstone, four times prime minister, the second Lord Esher, a favorite of the queen's who had a flair for design, Randall Davidson, an ambitious archbishop of Canterbury, and the fifteenth Duke of Norfolk, who got his job, like the queen, via birth and so had a lot to prove.

How did they manage to accomplish what they did when so much was at stake?

"Where others see coronations, royal jubilees and thanksgivings as empty ritual and 'invented tradition,' Kuhn sees them as symbolic moments, which, drawing on precedent, created unity, social stability, and national pride. Moreover, 'democratic royalism'... made government 'entertaining to watch' and transformed 'the dull duties of citizenship into moving lively, even amusing theatre.'"