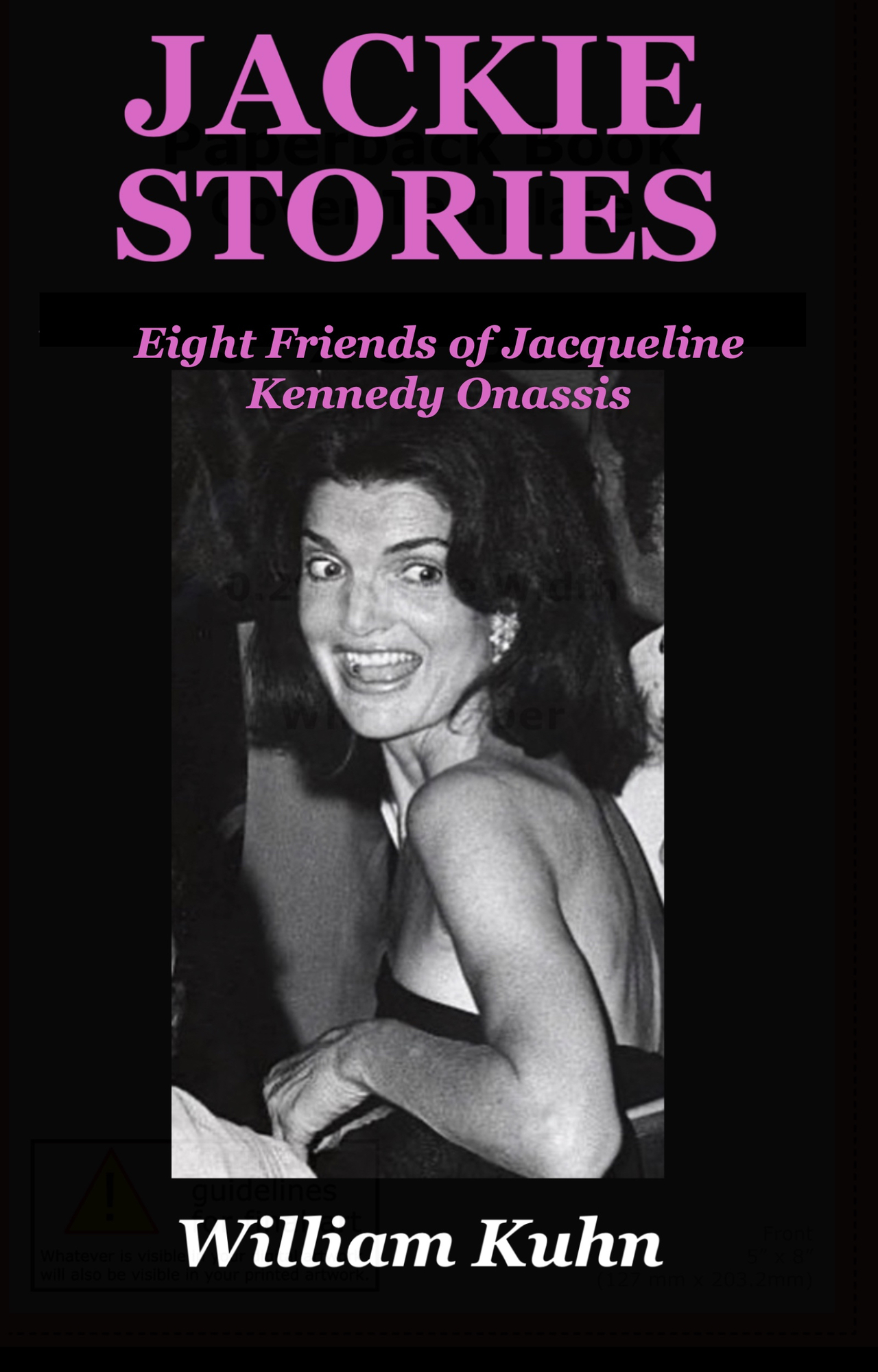 After the death of Nancy Tuckerman, one of my most important sources for the earlier book, I went back to revisit some of the interviews I'd done for Reading Jackie. There were things I couldn't say in the earlier book. Either there was no room, or there were some people still living whose feelings might have been hurt if I'd told the full story. That full story is told here for the first time.

These Jackie Stories are based on eight interviews with the friends of Jacqueline Kennedy Onassis. I've selected the best of the eighty interviews I did more than a decade ago to write up at greater length.

As I reflected a second time on what people had told me about Jackie, I also noticed things I had missed or misunderstood. This is my attempt to look again. It's about the mistakes I made. This is me trying to do better.

REVIEWS OF THE 1ST OF THE JACKIE STORIES

I relied heavily on READING JACKIE in writing my novel THE EDITOR about Jacqueline Onassis's time in publishing; seeing Bill Kuhn peel back the curtain on his research I can see why -- he is a deft and skillful observer. No one writes more respectfully about this generation of women who sublimated so much of themselves in service of relationships and career. The first of his JACKIE STORIES is a fascinating portrait of complicated friendships, first between two powerful women then ultimately between subject and author, told with humor, warmth and a gentle admiration that will make you devour this book in one sitting. Steven Rowley, author of THE EDITOR

William Kuhn, who has written so interestingly about Jacqueline Kennedy, has now put us further in his debt in his fascinating account of his conversations with Nancy Tuckerman who knew Jackie well--ranging from being roommates at boarding school to acting as her social secretary in the White House. This is such a perceptive and intriguing picture and analysis of that world. Peter Stansky, Frances & Charles Field Professor of History, Emeritus, Stanford University

James Pope-Hennessy's brilliant 1959 official life of Queen Mary was followed sixty years later by THE QUEST FOR QUEEN MARY, the long dead author's collection of impressions of the prominenti whom he interviewed for the biography. Bill Kuhn, who wrote READING JACKIE in 2010, follows Pope-Hennessy's methodology in discussing eight of her friends and colleagues whom he interviewed for his study of the late First Lady. The result is every bit as absorbing as Pope-Hennessy's ruminations and notes taken in the mid-twentieth century. James Sack, Professor of History, Emeritus, University of Illinois, Chicago